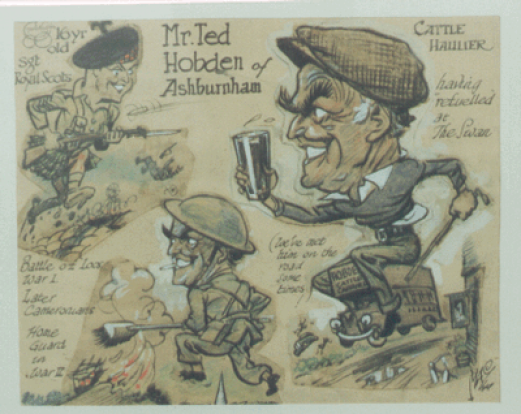 From the London Gazette

(the village school, for both boys and girls, was established by the Earl of Ashburnham in 1866)

The Great War Roll of Honour

Ashburnham church displays a Roll of Honour showing all the men of the village who fought in the Great War, together with those that gave their lives. 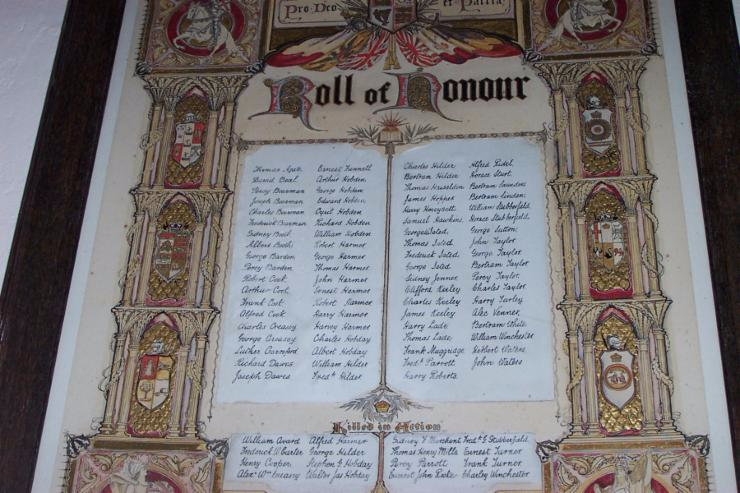 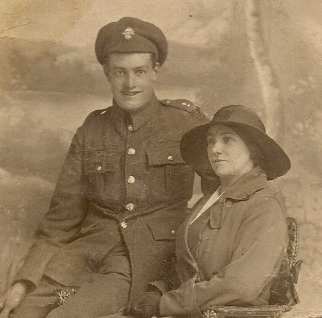 Edward Crawford Hobden (born 24th March 1899) lived at South Lodge with his parents and siblings. In 1915 he ran off and joined the Royal Fusiliers, seeing action at the Battle of Loos. A letter from his mother, pointing out his age, subsequently led to him being sent home! He returned a little while later serving with the Scottish Rifles (second row up, far right) 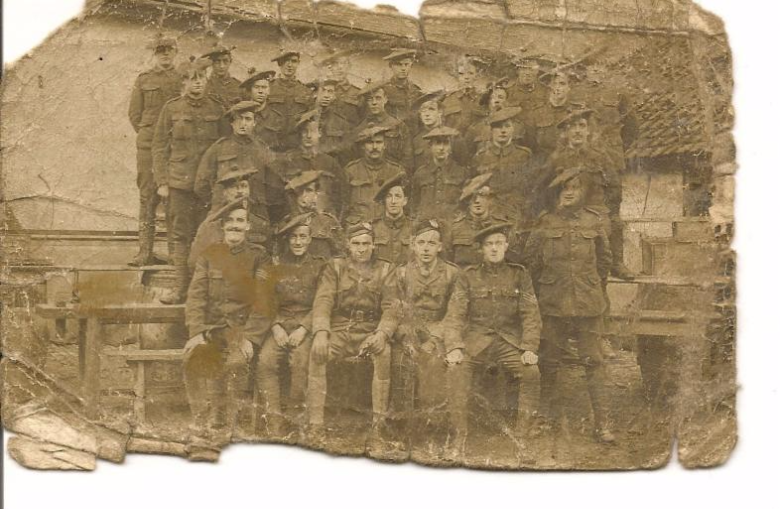 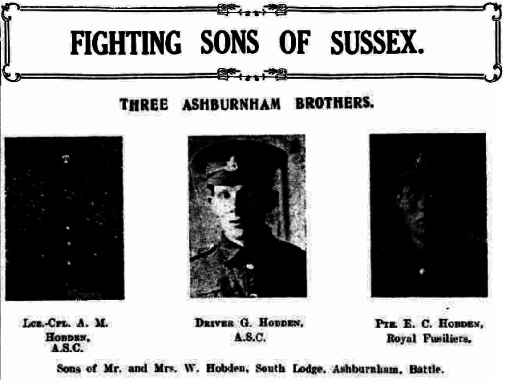 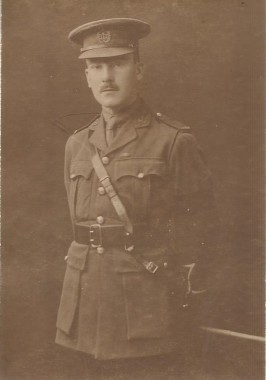 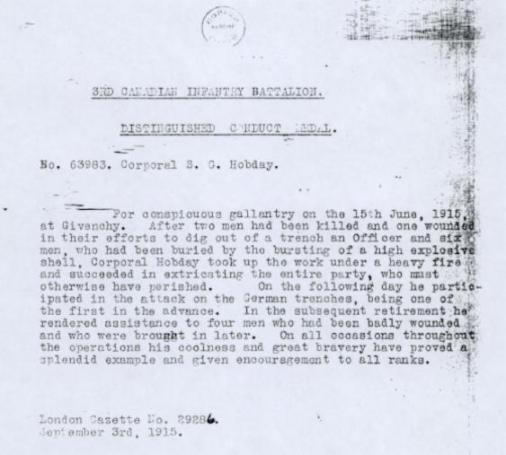 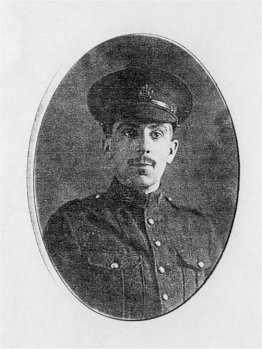 On the Ashburnham war memorial is Francis Turner who was one of the 392 men of the Royal Sussex Regiment, Southdown Battalions, killed on the 30th June 1916 at the Battle of the Boar's Head. In addition, Hubert Winchester and Harry Hobday, both born in Ashburnham, were also killed on that day. They are remembered on the Warbleton war memorial.

The 11th, 12th and 13th (Southdown) Battalions were raised by Claude Lowther MP of Herstmonceux Castle in September 1914, along the lines of the 'Pals Battalions', with companies formed of Eastbourne men, Hailsham men, Herstmonceux men, etc (each battalion had four companies with about 200 men in each company). Training commenced immediately at Cooden camp, continuing until May 1915 when the battalions moved to Detling then Aldershot then Witley Camp for further training. Finally on 4th March 1916 the Battalions sailed out of Southampton to Le Havre in France.

From Le Havre they were taken by train to Steenebeck Station and then marched onwards, eventually settling at Fleurbaix on the 12th March. The first casualty for the Southdowns happened on that day, David Thomas Dunk from Bexhill, who was killed by a sniper whilst entering the trenches.

The battalions spent the next month alternating time in the trenches, with time at billets, before being moved to the front line at Givenchy for a new cycle of fighting/resting. On the 9th May the battalions moved to Festubert and subsequently Cuinchy. By mid-June the battalions were moved to Richebourg St Vaast, the sector containing the Boar's Head.

A major, hopefully decisive, offensive was planned for the Somme on the 1st July 1916 so, to distract the enemy and give the idea that the main push was to be at Boar's Head, a diversionary action was set for the 30th June.

The 12th and 13th Battalions were moved into the front line for the attack, with the 11th Battalion supplying “fetch and carry” parties. Between 1,800 and 2,500 men went over the top from these battalions – 392 were killed, another 723 were wounded. The German front line was taken and held for 4 hours, the deeper support line for only half an hour. A heavy artillery barrage prevented reinforcements and supplies from getting through and the Sussex men had to withdraw. Despite the heavy losses, the distraction was considered a success – without it, the first day of the Battle of the Somme would have been an even darker day than it turned out to be.

Locally, the action had a huge impact - 9 men from Bexhill were killed on the 30th June 1916 or from wounds a few days later; 4 men died from Hailsham; 4 men died from Herstmonceux; 3 from Ashburnham; 2 from Brightling; 2 from Burwash; 1 from Battle; 1 from Burwash Common; 1 from Catsfield; 1 from Crowhurst; 1 from Heathfield; 1 from Netherfield. The Ashburnham postman, Arthur John (Jack) Miller was seriously wounded in his left arm and leg. After a long recovery, he was sent back to France and was killed at the Battle of Amiens in August 1918.

The first battle to seriously affect the families back home in Ashburnham and Penhurst was the Battle of Aubers Ridge in France. Three men from the village, serving with the 2nd Battalion of the Royal Sussex Regiment, were to die in the battle - W H Cooper, T H Mills and E J Rooke. The first casualties of Ashburnham and Penhurst.

At 0500 on the 9th May 1915 artillery started bombarding the German defences 300 yards from the British line. The bombardment ended at 0540 and the men of the 2nd Battalion went over the top.

The artillery had made little effect though, seeming to only alert the Germans of the impending attack and there were soon many casualties from German machine gun, rifle and sniper fire. Some of the Sussex men made it to within 40 yards of the German defences only to find the barbed wire unbroken. According to the battalion war diary, only one man made it to the German trenches.

The order to withdraw was given at 0630 but many men were trapped in no mans land. 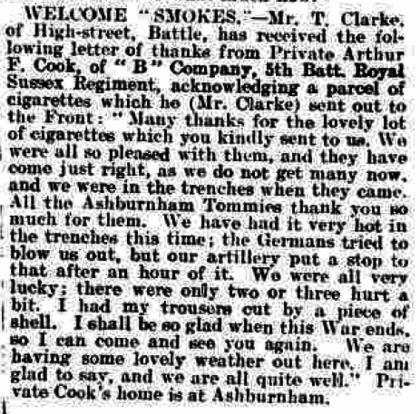 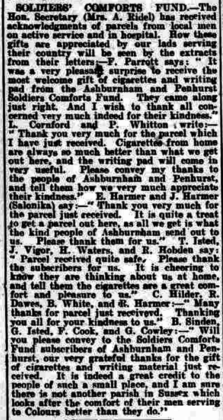 During the war, Canadian anti-aircraft batteries were stationed in the village. This included a searchlight on Pound Hill and AA guns in the field between Olivers Hill and Lakehurst Lane. Later in the war German POWs were brought from the camp at Normanhurst and employed in farm labour. Many enjoyed the work, making good friendships with their employers, but there were two POWs that shot themselves - one at Pigknoll, the other at Wilson's Farm.

Plane Crashes
In bad weather on the 23rd October 1942 at 1550 hrs, the Hawker Typhoon R8812, from 609 Squadron based at Biggin Hill, crashed in Forge Lane, near the brickworks. The plane's Belgian pilot, Pilot Officer Raymond Dopere, was killed instantly. 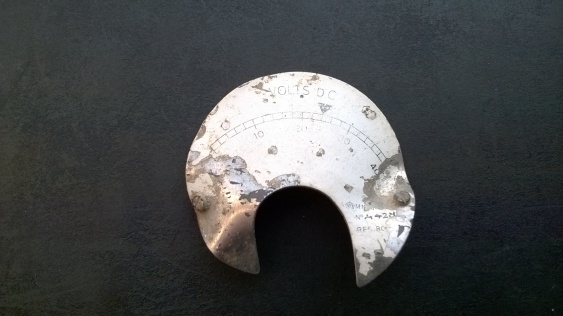 On D-Day, the 6th June 1944, a USAAF B-26 Marauder crashed in the grounds of Ashburnham Place, its bomb cargo ripping a huge crater amongst the trees and causing extensive damage to the House and surrounding properties. The plane had iced up at high altitude and spun down out of control, colliding with another B-26 in a lower formation. The other plane crashed at Ringletts Farm, Whatlington. Only one crew member managed to parachute to safety.

In Ashburnham and Penhurst, there were:

and from all that only 3 civilians were injured.

The house at Frankwell Farm was destroyed by a bombing raid in 1940, the current property being built in 1994. 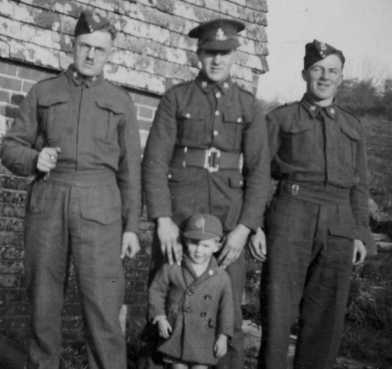 The Auxiliary Units were small bodies of men especially selected and trained to act offensively on the flanks and in the rear of any enemy troops who obtained a foothold in Britain. They used the status of the Home Guard as a cover for their real activities as the “British Resistance”.

There were 23 such units across Sussex including one in Ashburnham.

The Ashburnham Patrol was made up of six members:

Victor Dibben, a farmer from Hailsham

And Harold Pitcher, another local farmer

Harold Pitcher was later replaced by Ron Hart, a naval man from Hooe.

Their first hideout was in Pannelridge Wood, off Lakehurst Lane. There were problems however with damp and people finding the hideout, so it was blown up and a new hideout was made in Andersons Wood.

The new hideout was built by the Royal Engineers as an underground Nissan hut. It included a 50 foot long concrete tunnel as an emergency exit which came out in the bank of a stream. 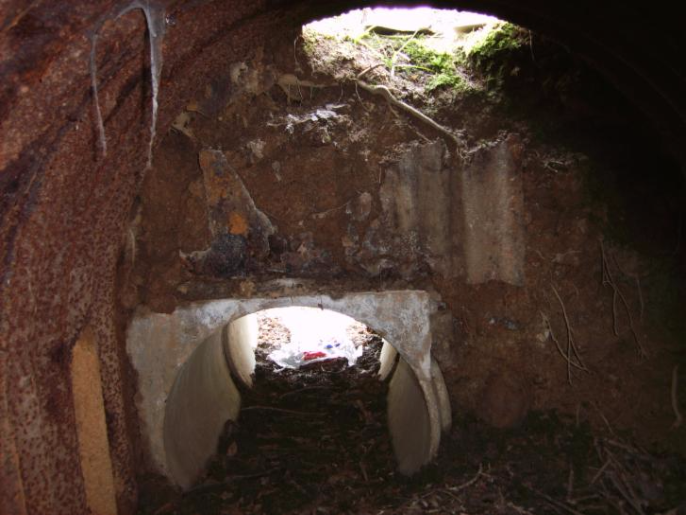 The Ashburnham Patrol, together with the Crowhurst Patrol, were responsible for a mock attack on the Canadians stationed at Battle Abbey. The sentry was overpowered and the Commanding Officer taken prisoner, as well as dummy charges being attached to vehicles and fuel supplies. The Canadians didn’t like being made to look stupid and, in revenge, beat up the local Home Guard at the Chequers Inn, thinking them responsible! 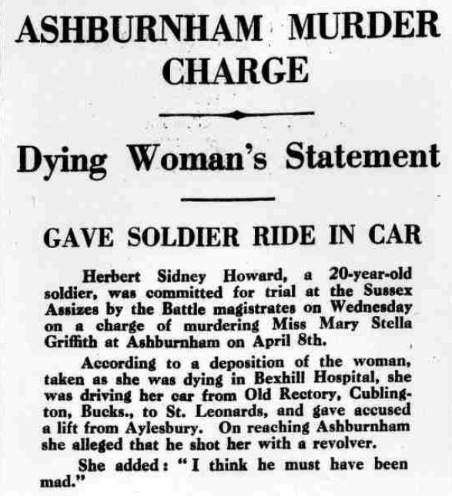 The threat of French invasion during the Napoleonic era necessitated a rudimentary home guard to be formed. As well as the Sussex Militia raised at this time, there was also the Sussex Troops of Gentleman and Yeoman Cavalry.

The Ashburnham Troop was raised on the 27th June 1798, subsequently disbanded in 1802 then reformed on the 17th November 1803. The Troop was finally disbanded by 1824.

The muster roll for persons enrolled in the Troop on the 1st August 1808 included the following:

and 48 others from outside Ashburnham parish. 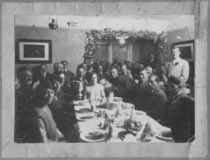 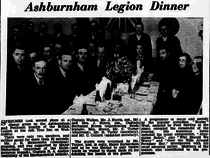 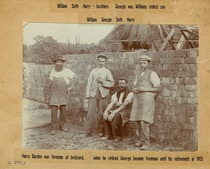 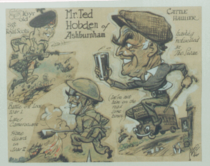