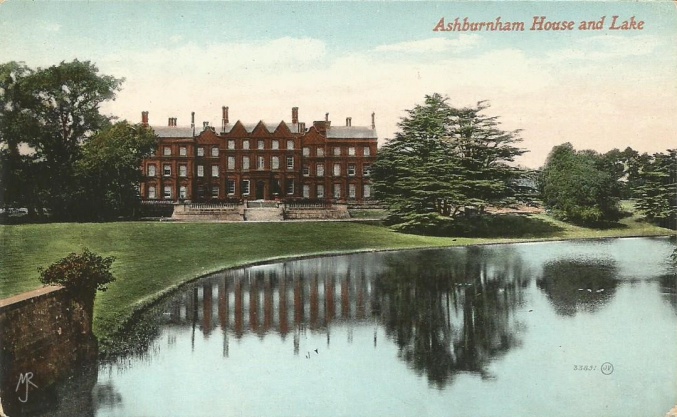 The oldest part of the existing house is the cellars which date back to the 15th century. The house was rebuilt after 1665 by John Ashburnham (1603-1671), with the Second Earl Ashburnham (1724-1812) adding a new suite of rooms to the front of the building in brick covered with cement stucco in the Gothic Revival style. The Third Earl (1760-1830) subsequently had the House refaced with stone slabs with turrets and minarets being added to the roof line. With another change in taste, the Fourth Earl (1797-1878) refaced the House in the brick still evident today.

In 1767 the Second Earl commissioned Capability Brown to landscape the grounds around the House. The implementation of Brown's designs, including the creation of three lakes, took from 1767 to 1781.

In 1953 the Estate was inherited by Rev. John Bickersteth, a distant cousin. Death duties of £427,000 were assessed on Lady Catherine's estate, over £7m at today's prices, which necessitated the sale of nearly all of the art and antiques and half the land and investments. In addition the House was afflicted with serious dry rot, with little in the way of funds to repair it. The only option was to demolish most of the House, and, in 1959, the central section lost its upper floor and the rest of the house was reduced to a single storey, with the extensive servants' wing at the back, the clock tower and the water tower being completely removed.

St Peter's church was originally built in the 14th Century, but in 1665 was totally rebuilt, except for the tower, by John Ashburnham. Prior to 1667 it was dedicated to St Mary the Virgin.

There is a vast amount of information kept at the East Sussex Record Office pertaining to the Ashburnham family and estate. A few bits are shown below. The catalogue can be viewed on the National Archives' Access to Archives website (http://www.nationalarchives.gov.uk/a2a/)

Ashburnham Place Servants as at December 1881

Ashburnham Place Servants as at July 1810