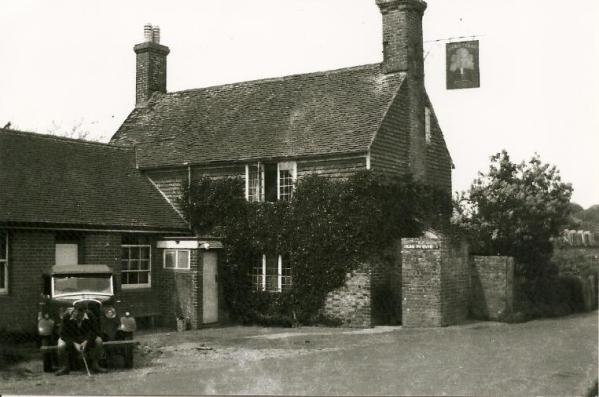 Ashburnham is a scattered village, five miles west of Battle in East Sussex.

The village is named from the Saxon for "The enclosure on the river Ashbourne".

Roman activity has been identified at Kitchenham Farm suggesting that iron was being worked in the area at that time.

Ashburnham appears in the Domesday Book as Esseborne and within the village were 3 salt houses, salt being a valuable commodity. The village is recorded as having a value of £6 before the invasion, but only £1 after, the Normans pillaging and laying waste the villages near the battle.

The Ashburnham family controlled the village from the 1100's until 1953, when Lady Catherine, the last in line, died.

Ashburnham has a long industrial history and was well known for its iron furnace (closed 1813), its iron forge (closed 1826) and its brickworks (closed 1968). It is now known for Ashburnham Place, the former home of the Earls, which is now a christian conference centre. The Lost Heritage website includes an extensive history of the House and its varied life.

Information about present day Ashburnham & Penhurst can be found at the parish website www.ashburnham-penhurst.net